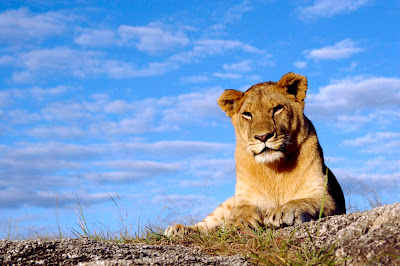 In this two-part piece, I will try to examine the elements that make an ideal leader and I choose to dwell on the elements of empathy, self-sacrifice and commitment as the most important measure of a leader. All other attributes emanate from these important and fundamental elements that must define leadership. Like in the Army, the most powerful leaders are those who in the face of danger fought on to save the lives of their comrades. Here, there is no eloquent debate and affluent campaigning required, just the demonstration of self-sacrifice on the battlefield. I do not understand why the leadership of the whole nation is not subjected to the same measure, to measure up to the single most important and high-order element of a true leader.
*SMART leadership for Ghana epitomized by service of empathy, self-sacrifice and deep devotion to duty*
Leaders are made, only a few are born leaders and even they have learned to prove themselves worthy of the trust of a sovereign people. A leader is someone who is invested with the collective will of a people, someone who must represent the best ideals and values of the society. To be a complete leader is to embody all of the hopes of the people within one's self and still maintain a normal demeanor and a balanced life. This is a huge task that is reserved for a select few within any group of people. In the past, leaders have been selected by a more natural method, based on demonstrated ability. The chief of a town is selected from the lineage of the man who first settled in the area and founded the town; here it is clear that such an individual is courageous, visionary and strong-minded. The leader naturally selected ensures societal cohesion and progress, because the best in the group is made the leader. 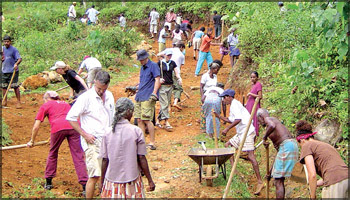 *Africa is the epitome of Bad leadership*:
The advent of democracy changed the paradigm of the natural selection of leaders and there are both good and bad sides to this development. The traditional context that is compatible with the natural emergence of a leader no longer exist but there is the need to identify and incorporate into the mode of selection of leaders the key elements in our current democratic experiment. There is nowhere in the world apart from Africa, that has seen such a wanton abuse of the democratic style of selection of a leader and the evidence is clearly demonstrated in the rampant armed conflicts, disease outbreaks and famine. In advance democracies, the political parties are hardcore nationalist whose only point of difference is the ideas and methods by which they aspire to develop their country.
The presidential candidate is therefore a tried and tested individual whose commitment to country is unquestionable. In Africa however, countries were founded by an arbitrary drawing of borderlines, therefore the idea of national identify and cohesion is still in its infancy. Candidate leaders mostly do not have a clear allegiance to their people and nation but are motivated by the trapping of power and position.

*Leadership is not equal to political position*:
Leaders have emerged in Ghana and most of Africa who have acted against the national wellbeing. In recent past, some leaders in Africa have used state resources to wage war against their own citizens; many generations of Africans have been born in war times and passed on in war times. The use of democratic elections without the long and tedious process of creating leaders is in my view a very dangerous development. People purporting to be saviors of their countries have turned into monsters while in office, organized and won elections whilst their respective countries have continued to endure considerable decline. The sacred exercise of electing a leader for a country is demeaned and trivialized by a careless experimentation with the principles of democracy.
The world leaders who prescribed democracy for Africa did so, on the assumption that the undergirding and characteristically undemocratic institutions that prepare and present candidate leaders for election exist. Political office can be obtained by the use of money and even the use of force, it is sad to say that much of Africa reflects this quagmire. Many have been elected for important office for the mere fact that they had a lot of money to buy the number of votes to get elected. Election gangs have engaged in street battles to instill fear in the electorates, the use of ethnic origins of electoral candidates to predetermine the outcome of elections. Since the inception of the fourth republican constitution in Ghana, many regions of the country have consistently voted in a particular direction to the extent that only three of the ten regions have elected the leader at each election.
It has become the order of the day in Ghana that after every parliamentary session; there is a rare show of unity, where they decide to plunder the state resources in the form of ex-gratia for themselves. Many MPs come into office with a clear personal agenda to acquire all the wealth they have missed. I daresay that democratic election of leaders in the format being practiced in America and UK is not working for Africa; most people here see public office as a means to a personal end. 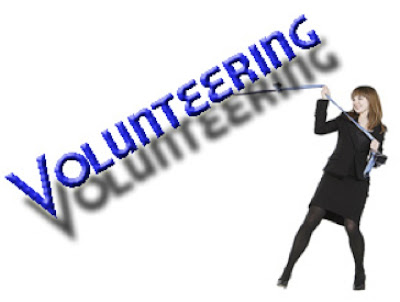 *You cannot lead people you are not committed to*:
Preparation and presentation of candidate-leaders for the costly process of election must be institutionalized with immediate effect in all of Africa. Political parties must create colleges of leadership that proactively screens every generation for leadership candidates. These candidates are trained for more than a decade using a strong nationalistic and humanitarian curriculum. One major element of this training program must take candidates to places that challenge their sense of comfort and endurance.
Take candidates to deprived communities; give them a small budget to develop those places from scratch, this will develop in them a sense of humanity and creativity. Above all, candidates should be screened also for their ability to empathize, self-sacrifice, endure and develop communities at a great personal cost. In addition to this, candidate leaders must be taken through a research and development project of a world-class standard, to create in them the kind of knowledge and skills that is pervasive in the developed world.
Leadership should not be all about eloquence and charisma but having a strong sense of the aspiration of the people they seek to lead. In the absence of such great scrutiny, many people will fight to come into office merely for trappings of the office, not having any sense of duty and even their sense of what is possible for their country is abysmal. I daresay that many African leaders are like this; they can use their country’s sovereign guaranty to secure expensive loans for foreign companies but will not do that for an indigenous company. Some even collapse the businesses of people who do not share their ideology and will not sing their praises.
*What proves commitment is voluntary Service that addresses the needs of the vulnerable in Society*: 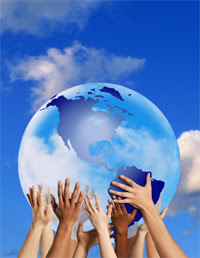 During elections, the campaign is merely a talk show, mere words that is not a contract in any shape-or-form. The ability to ascertain whether a candidate leader is really committed to their country can be best done using their record of voluntary service, much like the appointment for an Army General based on the valor and skill shown on the battlefield.  The lack of a strong sense of urgency on the part of many African leaders is attributable to the lack of experience in voluntary and sacrificial service.
Many became leaders because of popularity and became popular through street activism and protestations. Even though activism involves a bit of self-sacrifice it is not the kind that creates the servant leader spirit, many “revolutionary leaders” changed into monsters the moment they tasted the comfort of office. What drove them into activism might have been hunger and deprivation and once the office made them comfortable they lost their passion to represent the people. In Ghana today, student leaders who organize their fellows to engage in disruptive social behavior quickly join party politics and continue their empty-talk enterprise and the generation of enormous public confusion. This is totally unacceptable, such fickle-minded, loose-talking young hunger-driven politicians will not allow themselves to be groomed to be servant leaders, they prefer rudimentary methods that is destroying our society and retarding progress. 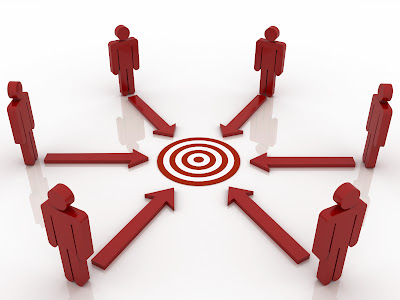 *The coming age of glory for Africa*:
In the part 2 of this article I will look at the leadership structure I think is best suited for a people in need of development and progress. A bad and ineffective leadership is a luxury that Africa cannot afford; I also advocate a leadership system that is stripped of all its affluence. I hope that this no-frills-presidency will attract the kind of people who understand empathy and self-sacrifice to lead the nation and occupy the highest office of the land. When we get the leadership question right only then will the glory of Africa show forth. The head is the body as the leader is the nation; fact is four out of the five senses reside in the head. The leader of a nation must represent the best hopes and abilities of the nation.
----------------------------
Patrick Kobina Arthur (PhD),