Can Africa Ever Be The Best Continent on Earth?

Can The African Ever Be in The Pole Position As The Earth Changes?

Within the same set of limitations and developmental constraints as it exist now 2011?

The fact is that the African is the least endowed in the world today and has the least willingness and ability to generate economic value for his own progress and prosperity. I am attempting to examine this current African situation from the opposite end, and see if it is actually doom-and-gloom. Assuming that, the African attitude to development and progress remains as bad as it is forever, can the African benefit from it? Can the African find any reward for being the least willing and able to generate economic value for his own progress and prosperity? Most of the people in the west and some Africa (myself included) are worried for the future of Africa, wonder why in the mist of plenty the African is hungry. Why the African cannot go the way of the west and create his own industrial resolution and so on and so forth?
Industrial Revolution
Talking about industrial revolution, it has moved Europe into an era of remarkable improvement in the conditions of life and material prosperity. This incredible development exported to the Americas, where abundant resources and strong will of migrant Europeans brought about greater prosperity that surpassed that of the originator Europe. Japan and then lately China downloaded the key strategies used by Europe and America for their rapid industrialization and the results has been impressive.
Africa is a Scar on the Conscience of the World?
Africa is been referred to as the "scar on the conscience of the world" by Tony Blair the former prime minister of the United Kingdom.  Being an African and studying in Europe at the time this statement was made, I felt depressed by it and ashamed. I recognized that the African is least likely to explore and exploit their environment for economic gain, and that the Africa is least likely to be innovative and aspire for progress and prosperity.
Putting aside hard feeling, the African situation is indeed worrying, we easily reminded of this by pictures of starving Somalians every year and that of the many wars on the continent. If the situation is that bad and worrying, why are the Africans not taking charge? Necessity is the mother of invention, which is true until you cross the borders into African and you quickly discover that to every rule there is an exception. 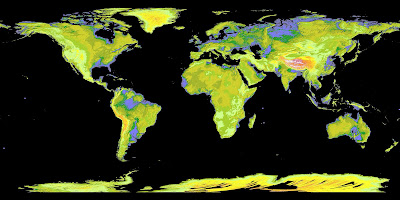 Africa: The Origin of the Modern Human Being
The current theory of human origins states that the modern human being originated from Africa. Why is it then that the offspring will evolve so many positive attributes, which make them more successful and their original form (the African). Most of Africa has had more than 100 years of Western Education and aid, yet progress is morbidly slow. Estimates show that, corrupt African politicians steal and take outside the continent, far more than all the aid money given to Africa each year. Using a common sense approach, one can infer then that African is incapable not only of creating his own economic value, but will do the contrary by dissipating economic values donated to him instead of multiplying it.
Africa’s Change of Fortune: Is It Possible in the Future? 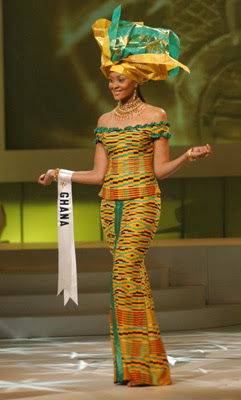 Actually, an article I read on Human evolution, which tracks the many changes that has occurred to bring about the different races, inspired this piece. Prompted also by the old adage, "No condition is permanent"; I started to examine the possibility that the African could be the most prosperous and progressive in the distant future, even if the African would maintain his current attributes. What at all can happen to the earth we live on, that will reverse the fortune of the African without reversing his attributes? This scenario appears fictional and more so even to the most optimistic person on earth. Perhaps I can illustrate this scenario: imagine two rafts, the first one made impervious material so the user will remain afloat and survive a drift on the lake (The Western type) and the second one is made of material that is leaky so over time, it absorbs water and the user drowns and dies (The African Type).
Less is more and more is less
Then imagine again that the two rafts drift into another body of water with different constituents and now make the Western-type raft begin to adsorb water and sinking but the opposite happens to the African-type raft. In real life, what at can happen to the earth for this unusual scenario to play out? This is the 1000 trillion dollar question, I am not sure I can answer this but I will suggest something, what if the world population continues to grow but resources remain the same. Whether rich or poor, industrialized or rudimentary, we all have to live our lives with far less that you are makes us comfortable. 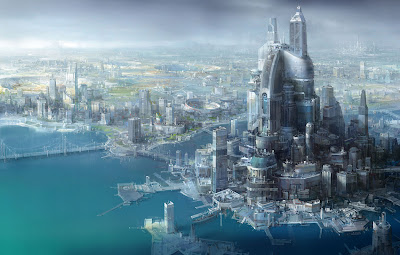 Ability to be Happy with little: Does it Offer a Conditional Selective Advantage?
Granted that every opportunity exist for the African to industrialize and develop but the development is not happening. Is it because the African is just too happy with little? A single chamber thatch-roofed house for a family of seven in an African village and they are just as happy as living is a fully computerized 90 bedroom castle in London. There are people in this world, who live is 3 million pound mansion and still struggle to be happy, who find solace in drugs even fatal drug-addition. An inborn metabolic disease called G6PD deficiency known to offer protection to sufferers against malaria, clearly demonstrates this scenario. There is the possibility that the attribute of being happy with little, with all its attendant low life expectancy and high disease burden, can place the African in a pole position. In pole position as the world most powerful continent on the earth of diminishing-resources and exploding-population. 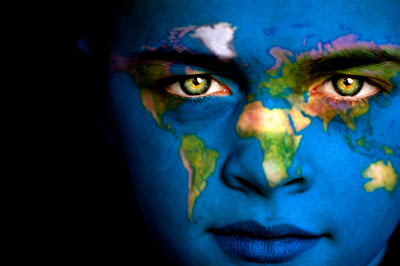 What do you think?
I just do not know what to expect in the distant future but for now, I will prefer a knowledge-based economic development. I will continue to be committed to the pursuit of a life of happiness, good health and endless possibilities, but once a while I will spare a thought on this scenario. So that in the unlikely situation that it plays out, I will not hit myself for lacking imagination. Imagination is more important than knowledge – Albert Einstein.
--
--------------------------------------------
Patrick Kobina Arthur (PhD),
parthur14@gmail.com
http://pakar1-corner.blogspot.com/
Posted by PAKAR's Corner at 3:33 AM