Slavery and Colonialism: The Consequence of Ignorance of The Elements of Life and Nature?

"High spirituality to the neglect of high intellect is a self-defeating sterile concept"
In this write up, I attempt to view the sad history of Africa's slavery and colonialism not through the prism of moral judgment but as simple issue of Africa's ignorance and lack of understanding of the elements of life and nature. The drive for knowledge and insight is the lifeblood of thriving and progressive societies and the lack of that kind of drive is exactly the condition that permits a group of people to be bought and sold. The lack of moral judgment by the slave masters, in my view, is not as important a determining factor of slave trade as the very low level of  understanding of the raided communities themselves. The shocking truth is that ignorance of Africa before slavery and colonialism and to a large extent today, goes far beyond the physical and the metaphysical world to include the spiritual. Far beyond the intellectual and logical reasoning that underlies the understanding of the concepts of how nature and life work. This is exemplified in the fact that missionaries of the Anglican Church who came to Africa ostensibly to convert lost African souls to Christ ended up incarcerating their mortal bodies in the dungeon and shackles of slavery. So they conquered in the logical, intellectual and the spiritual battles for supremacy before finally doing the simple act of using the being and lives of Africans as objects of gratification. 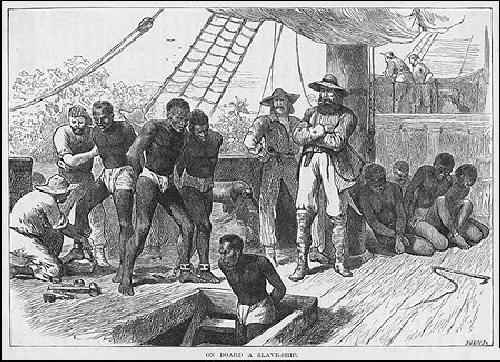 "So why and how did Slavery and Colonialism end?"
I wish to submit that the brutal and cruel forms of slavery and colonialism ended not because the "MASTERS" yielded to the invading forces of high morality but rather a simple phase shift in two basic conditions in their own lives. This shift made slavery mostly needless and colonialism too expensive to maintain. It is often stated that survival is all about using all you have to obtain what you need but do not have. The "MASTERS" used their spiritual, logical and intellectual superiority to obtain their urgent needs in terms of natural resources and manpower. A careful analyses of the history and evolution of science and technology in the world will clearly demonstrate that slavery was a mechanism to meet the shortfall in the supply of social needs of the "MASTERS". The advances in science and technology in the homeland of the "MASTERS" therefore meant that the need for material and manpower was easier to obtain without the slavery and colonialism. This is how slavery and colonialism began to lose their strong appeal to the "MASTERS" and of course, the eventual dismantling was accelerated by the moral crusader and the second world war. France and England which were the prevailing slave and colonial "MASTERS" of the world then of course became too occupied with the war in Europe which  forcibly loosened their grip on their colonies at the time.
"Ghana's 54th Independence Celebration"
As we mark another year of independence in Ghana, I wish that a thought will be spared for the part that this continent played in its own enslavement and colonization. If we continue to celebrate the victory of gaining our freedom but fail to identify the root courses of the problem itself then we are preparing the current generation for an obvious future danger. The best form of freedom is that which shows and finds its form and expression in the requisite mindset and actions needed to forestall any future recurrence of the problem of oppression. Ghana and Africa must therefore defer all celebrations of independence and rather 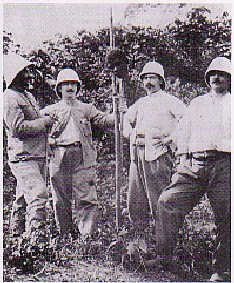 devote energy to the demolition of all the pre-existing structures and arrangements that brought this calamity upon Africa in the first place. The contribution of Africa to its own enslavement and colonization is far higher than any other entity associated with this rather sad history. The good book says that "you cannot raid a strongman's  house unless he is bound and immobilized" and so it is also true that you cannot deceive a brilliant and intelligent man unless his sense and intellect are completely exceeded by the schemes of their invaders.
"The Hope of the future"
Enduring freedom will mean that people of Africa will have to do everything possible to know and understand whatever anyone in any corner of the world knows. It will mean, being as skilled as anyone in any place on earth. This is vitally important because what you do not know will be used against you. If an enemy nation deplores missiles against another nation which is well equipped with its own far more
advances missiles and even missile intercepting system, will this nation panic??? The answer is a big NO!!!. Knowledge and understanding of the elements of life and nature which is science and technology is not only key to economic development and social progress but also a key to access enduring freedom.
Thank you
--
--------------------------------------------
Patrick Kobina Arthur (PhD),
parthur14@gmail.com
http://pakar1-corner.blogspot.com/
Posted by PAKAR's Corner at 3:32 PM