Why is There the Need to Rationalize the Strategic Priorities of National Development?

Human history and evolution is synonymous with the evolution of political systems and in many cases the differences in the various systems has been the cause of wars that claimed many lives. The objectives of many of these wars were to ensure the maintenance of supremacy and domination even though the inherent objective of such opposing political systems has rather been  the same. The human spirit and desire for happiness, dignity and honor is the same and preserved in all cultures and political systems be it Marxism or capitalism. It is also evident in human history that the fear of the enemy from the outside has far more power to incite a community of people to rise up than the fear of the enemy within that community. This is even more the case regardless of the net effect of both sources of threat. Contemporary history of many nations, big and small lends a considerable support to this assertion, in that, nations have gone to war over threats that was estimated to affect about a million citizens whilst a failure of leadership that lead to hunger and disease outbreaks decimating tens of millions of citizens didn't invoke any response at all. In this article we seek to point out a number of common grounds shared by some of the most bitterly opposed political systems especially in regard to the defense sector and to leverage such unlikely commonalities by advocating for a reorientation and reorganisation of thoughts and systems that operate in three critical sectors of our national life, these sectors are manpower development, health and agriculture.
National Targets for the Various Specialties in Manpower Development. 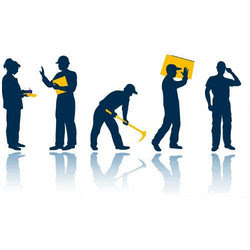 National development should require ALL MANNER of SKILLS to make things happen, therefore the education system should be so designed based on the number of specialised skills needed and the respective quantum. Failure to establish this will lead to the situation where students drift into courses that they perceived to be 'cool' and readily employable. I have a first hand experience from my encounters with students which has left me very concerned about their preferences in terms of various specialties of skills acquisition. Apart from the fact that an overwhelming majority of each graduating year group pursue arts and business over science and technology. There is a rather disturbing trend of a large proportion of the already few science and technology students preferring to switch to the arts and business courses later in life. There is therefore the need for a national policy that clearly states the levels of the different specialties required for national development.


Also there is the need to compile a nation-wide data on students in the different study areas, so that we can compare that to the targets and see the way forward. A casual observation suggests that over 80% of each graduating year undertake arts and business (almost all students in the private universities study business). The reason why something needs to be done urgently is that majority of these science students especially are now studying science in an absent-minded mode. If indeed all manner of craftsmanships are needed for development, then this current trend needs reversing and leadership should take this up. The situation in departments for the sciences is that the level of laboratory equipment and reagents are far lower than number of students and the quality of training they deserve. To determine the number of students to be directed into different courses at the post-secondary level, I want to propose the ratios for specialty target setting  in four major categories as follows:
Proportion specialties in four major skills categories:
Discovery and Design Specialties  - 30 %
Enterprise, Innovation and Development - 50 %
Market - 10 %
Administration - 10 %

Description of the four major categories:
Discovery and Design Specialties: Natural Sciences, Agriculture, Engineering, Mathematics, Statistics, Geography.
Enterprise, Innovation and Development Specialties: Engineering, Natural Sciences, Medical Sciences, Agriculture,  Mathematics, Statistics, Vocational Skills and Performing and Visual Arts.
Market Specialties: Business, Economics, Social and Political studies
Administration Specialties: Governance, Social and Political studies
During war time, the military academies do not watch the trainees decide the specialties they fancied but rather group them based on their assessed abilities and the needs of the army. This is really the most accurate and effective measure regardless of whether such an army is in the most capitalist USA or the most communist Russia or China. Imagine most army recruits choosing to be snipers because one is not likely to face direct fire, so there is an army of ten thousand strong men and all are snipers? There is a generation of youth in this country who only fancy working in the banks and closely related office jobs and by this drawing all the best talents into jobs that do not really need that kind of talent. This country has a shortfall of all its critical needs, such as clean water, energy supply, food supply, sanitation and health care, and yet the majority of the youth acquiring training wish to work in an office and in a Bank??? How does this solve any of these shortfalls???
Returning to Good Health and Staying Healthy 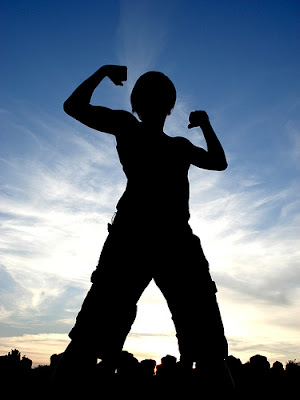 A productive population is one that is not only well trained but also healthy and grows stronger. The state of the health sector in this country is one that needs alot of work to improve. Returning people to good health, receiving the newborn into their new life, should not be an enterprise that is monetized nor be controlled by commercial interests. Society should make the health of its members a high priority that deserves a robost system which does not demand individuals to make payments to access health services. The situation where health practionationers are concentrated in the most commercially viable cities is clearly opposed to the idea of ensuring good health for all members of society.  As a country there is the need to determine the number of hospitals that will ensure every citizen can have access, not just provide health facilities where and when we can. This will only create the condition of low life expectancy and low quality of life which could have easily triggered a war if the same was caused by an external element. A country will judge an act as an aggression and readily launch a full scale war should a neighbouring country attack its city and kill hundred people. The cost of the ensuing war will easily surpass the cost of building hospitals that will save the lives of more than thousand people and yet we find this happening. What is it about leaders that make them rate external threats far higher than internal ones that are preventable and curable at a reduced cost??? The provision of good shelter is also a matter that promotes good health and it should be resetting the strategic priorities to make sure that there is shelter for every one before society spends resources to put up expensive buildings that serve only ecstatic purposes. A few beautiful buildings do not make any country great when majority of citizens put up in places similar to that for farm animals. Why should we have to use so much money to put up two towers near the airport when the same sum of money could easily have given a suburb of Accra (which is at best about 90 % a slum settlement) a significant makeover.
Putting Food on the Table and Assurance of Food Security 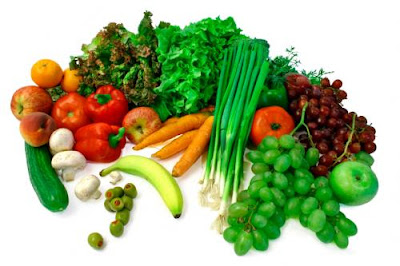 As a basic human need, food supply should be a first choice priority item just like training and health. In many established countries, agriculture is fully paid for with taxes so the farmers do not have to wait for harvest to earn a living. So many subsidies are pumped into agriculture, that food prices are consistently low and this arrangement is never opened for discussion even if they turn around to force other countries to stop subsidising their agriculture in the name of opened market economy. Meanwhile their economy is only opened to commodities that cannot be grown in sufficient quantities in that country. The agriculture sector should be managed with a military type set up, where a service is created that recruit an elite and talented set of people who are trained to manage the various agricultural activities. The country zoned systematically to make use of the productives of the different arable lands and develop efficient irrigation system to ensure all year round farming and production. The development of all upstream industries should be done in a way that allows the maximisation of all the primary production effort.
It is all possible? Yes!
I greatly admire the military system in every country because no matter what the political system and culture of that nation is, their army shares strong similarities to any other army in the world. They take their activities extremely seriously because their lives are involved, if a rocket squad is poorly trained and are careless with their armament, the effect will be a massive destruction of the army itself and then the larger society. On the other hand mainstream training institutions donot feel the same way because they are only required to award certificates and not to provide the assurance to society that trained persons will deliver on their set targets. A country that crucially needs development should set it priorities with a military attitude, because here too lives are at stake albeit from an internal and indirect threat. The  human spirit should soar high over poverty and not settle for easier options onlybecause it is not an obvious external threat. My message is that please wake up because the value is the same or even worse.
And yes it all possible.
--------------------------------------------
Patrick Kobina Arthur (PhD),
parthur14@gmail.com


Kindly edited by Gloria Baaba Arkaifie
Posted by PAKAR's Corner at 10:58 AM